Posted by Kefalonia Cruise Lady O on March 10, 2017
This story begins on a boat....and it couldn't be otherwise!! 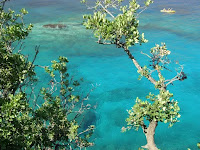 Being its stage the far away and sunny Crete island, and not Kefalonia as one could have imagined.


We planned to spend our 2009 summer holiday in the southern part of the island; a green oasis in the middle of nowhere, to rest and find peace of mind after a long year of hard work. In those years, reaching that place was anything but easy. After the long flight from Italy, we rented a car, not in very good condition truth to be told and had to drive across many high mountains on narrow streets full of sweep switchbacks, risking to cross paths with local buses coming from the opposite direction.........that would have been a little scary!!!

But the resort was worth the trip. This wonderful resort used to organize different activities for its guests and among them also little cruises towards the western shore to visit beaches that could be reached only by boat. During one of these trips we met a 'little and always smiling Greek guy' who inspired empathy at the first sight. Dennis, better known as Dionisis, came from Kefalonia Island stating to be a carefree world traveller during that distant summer. We got along immediately and we spent the rest of our vacation in mutual amusement going to many beaches, dancing Sirtaki and drinking Raki, much Raki (a local spirit). 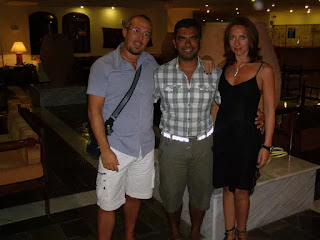 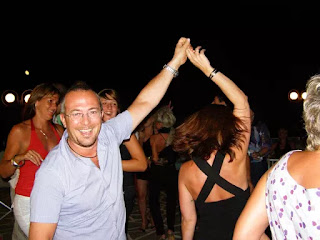 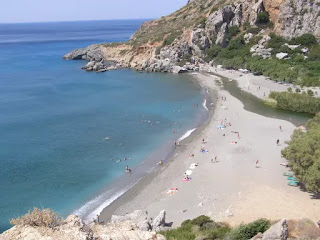 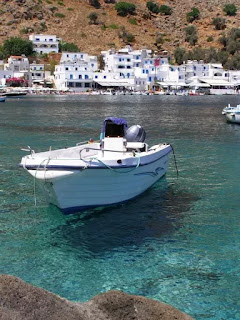 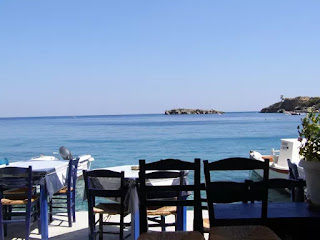 As usually happens while saying our farewells we promised each other to keep in touch and to meet again somewhere across the world. But these kind of promises are hard to fulfil because of work, family, and in my cases also linguistic barriers.........and laziness above all. In most cases such vacations and the people met become dear memories of joyful moments spent far away. So, despite the promise, I didn't expect thick phone-call or e-mails exchanges...... and have to admit that Dennis was better than me in doing this; he did call me, send me e-mails and SMS that made me understand he never forgot us, and was keen to keep our friendship. For years Dennis kept on asking us to come to Kefalonia each and every time we had contact and the chance to hear about each other.

Well....I have to confess that I had a lot of prejudices about Kefalonia.....partly because of Brigata Aqui sad fate during  WWII, partly because in Italy there is a lack of information about the beauties of the island and usually Italian tour operators do not include Kefalonia among the so-called “Greek-pearls”.....so, long story short, I was reluctant to go there.

It was on a spring day in 2012 that the phone rang for an unexpected call from Greece! “Hallo Andrea! Just recently Ryanair opened a new flying route from Bergamo to Kefalonia, so I would like to profit from this low cost flight to come to Italy for a 3 days trip with a friend of mine. Is it far from Orio al Serio Airport to your home? We can meet if you want. Any suggestion for a hotel where to stay? Said and done....I found him the best hotel in the surroundings at the best possible price; my own guest room! Unfortunately, during that very period, Sonia had another date far from our home-town already planned some time before, so the pleasure to show our touristic attractions to Dennis and Makis (his friend) was mine alone. Besides monuments and churches and castles, I brought them to a place that will be engraved in Dennis' memories forever; “Da Vittorio” Restaurant where one can eat the best pizza of all the province of Pavia. For Dennis it was love at first sight.....better said, love at first “bite”!!! So that each and every dinner of his stay, we did honour Vittorio's pizza! After Dennis came to Italy, I couldn't pull back anymore. Time came for me to go to Kefalonia....