Posted by Kefalonia Cruise Lady O on August 21, 2017
If you are Greek and have seen the film you will know that as comical and as over exaggerated as it may seem, the film was actually scarily accurate!!
380 were invited to my first marriage in 1993 and that was considered a small wedding at the time with the average wedding being around 600 people! How is that even possible?!?!?! Parents and Grandparents would invite anyone and everyone. Literally!  From close friends and family, to Maria who they only say hello to every Sunday in Church or Tasos the local butcher!

Announcing to my Greek family that I was getting a divorce several years later is another story for another day!
I remember my mother’s first words to me were ‘Oh no.....What will people think?’
(Thanks for the moral support mum!)
As the years have passed things have calmed down a little.............but only a little.

When Nicos and I decided to get married we shared our ‘first time round’ experiences. I made it clear this time I wanted a small affair. We finally agreed on 100 people! Bridesmaids, paigeboys, lots and lots of food and drinks included......... and a band! But no church (Phew, at least we agreed on that! I was almost lynched to death for suggesting it the first time round!). I would have been happy to get married under a tree with a handful of friends & family but it was a happy compromise.

Now although we loved each other very much and had no reservations about getting married, adjusting to married life second time round was not as easy as one would have thought and for a number of reasons our first year as a married couple was difficult. Once we got through it we felt like we wanted to get married to each other again!!!

But life got busy! Juggling the day job, special birthdays, helping our kids, boat courses, buying a share in the Lady O and starting a business adventure took over.

The season in Kefalonia hit the ground running with the Lady O running excursions every single day, private cruises and the odd small picturesque wedding on the beach.

Saturday 19th August 2017 was an ordinary day. The only difference being this excursion was for our family visiting us from the UK, Nicos’s brother, sister in law and friends as well as my sister with her husband and children. Off we set into the sunset making our way to Lixouri on the Lady O to have a meal at Fish Bones (mmmmmmmmmmmmmm yummy). When the Lady O slowed down at the tiny chapel along the coast I presumed it was to show our guests. 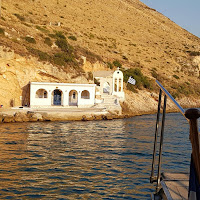 It wasn’t until Nicos got his guitar out and began singing to me (the same song he sang when he originally proposed to me) that I realised he had arranged for us to renew our vows.  Areti and Dimitra presented me with a bouquet and a flower crown. They had thought of everything!

It was simply perfect 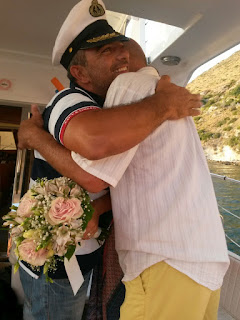 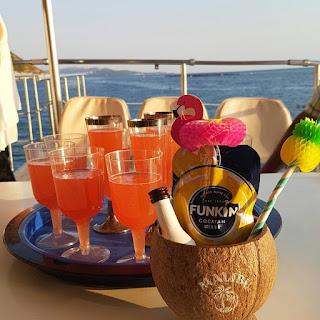 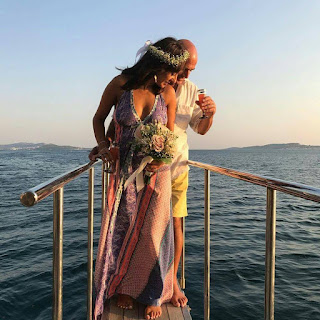 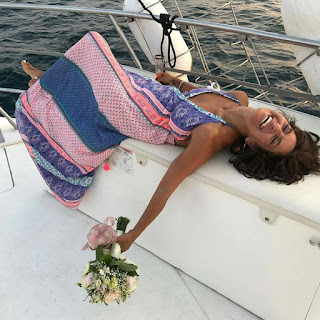 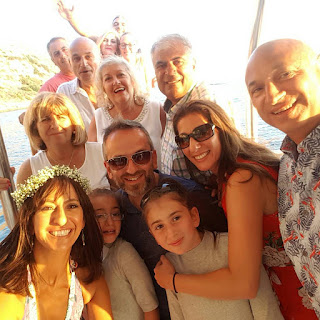 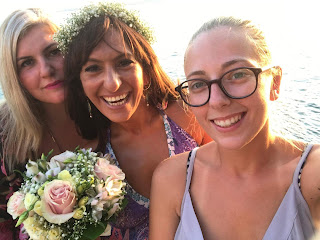 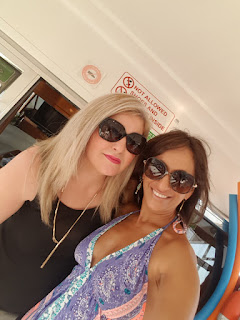 Thank you to our beautiful friends Dennis and Dimitra
And also to the lovely Areti and Andreas
And all that knew!

If I could give you guys a trip advisor review I would! As I’m not allowed I thought I’d write this article instead.

I can’t imagine there is anywhere on this island that wouldn’t be the perfect place to get married or renew your vows but I can honestly say renewing our vows on the Lady O was magical in a way I could never have imagined.