Posted by Kefalonia Cruise Lady O on October 28, 2017
Today is a very special date for Greek people all over the world.
28th October - Oxi day (pronounced 'Ohi', which translated means 'NO' day) is celebrated throughout Greece, Cyprus and Greek communities all over.
It celebrates the rejection from the Greek prime minister in 1940, Ioannis Metaxas, of the ultimatum to surrender to the Italians, given by the Italian dictator Benito Mussolini. This would have allowed the Italian army free passage to enter and occupy strategic sites in Greece unopposed.

The rejection inevitably meant the Greeks would be joining the war. This decision led to over half a million Greeks dying in the fight to maintain their freedom.

But Oxi day symbolises much more than the Greeks fighting for their own freedom.

Their bravery played a large part in the final outcome of World War 11. 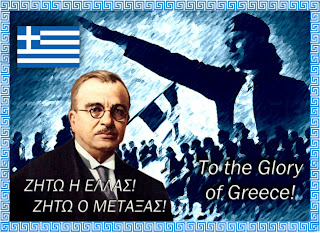 The Axis alliance was formed by Germany, Italy and Japan. Germany dominated most of continental Europe, Italy of the Mediterranean Sea and Japan over East Asia and the Pacific.


The Allied Powers were led by Great Britain, the United States of America and the Soviet Union.

The original Axis plan was to use Greece as a springboard to invade countries who had oil. This  would have given them access to the fuel needed to give them air superiority.  But Greek entry into the war and victories in northern Greece and Albania (despite being outnumbered by 10-1) meant the British could secure a Balkan front against the Axis in Greece. This meant the Axis powers had to change their plan using troop transport through Yugoslavia and Bulgaria in a bid to defeat Greece and move the British off the European mainland. This fatal diversion and delay in general to the German army specifically, gave countries such as Russia more time to prepare themselves and changed history.

Before the war ended there were many twists and turns including the worst massacre of Italian soldiers, which took place in Kefalonia itself. Over 9,000 of the Acqui Division were killed. However this is another story for another time. 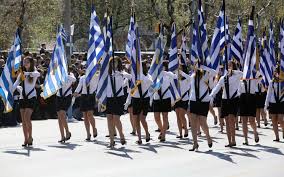 The Greek's contribution to World War 11 and specifically Oxi day - 28th October, is recognised in America also, with speeches and references to the event occuring annually on this day.