Posted by Kefalonia Cruise Lady O on September 23, 2018
Making the decision to purchase an AED defibrillator was an easy one. This season there were several cases of people who had unnecessarily died on Kefalonian beaches and unfortunately Kefalonia lost its blue flagship due to not having lifeguards on the beaches as they had had in previous years.
As part of our daily cruise trip we visit beaches that are accessible only by boat. What would we do if a guest on our boat suffered an injury? Of course there is always at least 2 First Aiders on board the Lady O and procedures are followed, however we knew deep down that should someone stop breathing for what ever reason, even if procedures were followed and first aid was initially given, they would have a slim chance of survival if we were on a remote beach.

To increase their chances of survival, in the unlikely and unfortunate event that someone should stop breathing due to a heart condition or otherwise, we purchased an AED (defibrillator) as part of our safety equipment. Peter Lee (Also known as Peter Lee Hersey) offered to update the crews first aid training and protocols in order to use the defibrillator in conjunction with resuscitation, if the need arises. 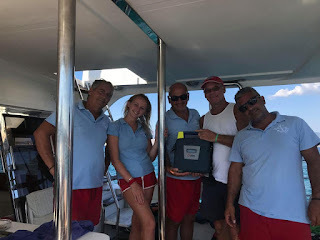 'These machines are common everywhere in other countries, so I am trying to help provide these where I can so that more lives can be saved. They are crucial when a patient suffers from a heart problem or related incident which causes the heart to be in a condition called 'fibrillation' . Only a machine like this used in conjunction with resuscitation can have any chance of saving the patient. Hopefully converting the heart to a normal rhythm again. But it must be available close to the patient to be any use. LADY O is believed to be one of the first local cruise boats to have a defibrillator. I hope this is the beginning of a new initiative to help us save more lives in Kefalonia.' 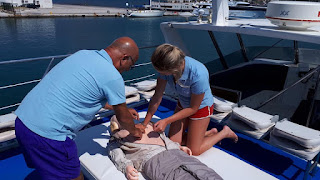 We are proud to be one of the first local cruise boats to have a defibrillator but hopefully not for long!


Little did the crew know at the time they were being trained by Peter what an impressive history he has.  He shared a small part of it with me. 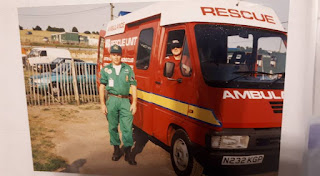 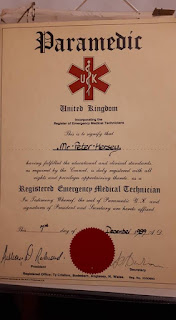 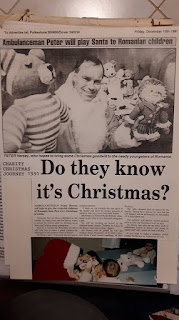 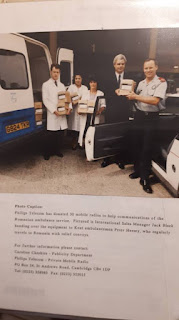 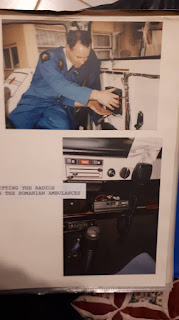 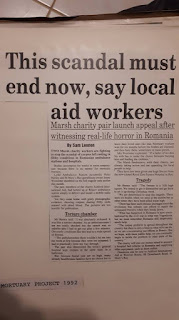 As if that wasn't impressive enough, since Peter moved to Kefalonia in 2003 he has continued actively helping others, raising money for animals as well as other causes including Firefighting planes together with FLIK (Friends Living In Kefalonia), a registered charity in Kefalonia.


Peter wants to raise more money to place more defibrillators in and around Kefalonia.


We have every faith that Peter Lee will accomplish his dream and we are proud to have had an active roll in leading the way. What an asset this man is to Kefalonia. Lucky them!


Visit https://www.nhs.uk/conditions/first-aid/cpr/ for guidelines on how to give hands-only CPR to adults, children over 1 years of age and infants under the age of 1 years of age.