Posted by Kefalonia Cruise Lady O on June 12, 2019
It’s the middle of June and you haven’t booked your summer holiday yet! Still trying to decide where to go? Want to try a new destination? Can’t understand why some people go to the same place year after year?

For many there is only one destination...Kefalonia!


Although the largest of the Greek Ionian Islands, Kefalonia was relatively unheard of until the Hollywood blockbuster, Captain Corelli’s Mandolin starring Nicolas Cage and Penelope Cruz.

Even though the film was romantasised in true Hollywood style, set in the Second World War during the German and Italian Occupation, it featured true events of the massacre of the Italian troops by the Germans in September 1943.

That typical ‘postcard’ image of old Greek man or woman sitting on a chair comes to life when you chat to them. They will enthusiastically tell you sad stories from these dark days they remember so clearly. A decade later the island suffered a massive earthquake, also featured in the film. The island is abundant in history, going back to where it’s name originates, to Greek mythology and so much more.

With stunning beaches (many only accessible by boat), starry nights, breathtaking sunsets, magical caves, a national park, two castles, popular resorts, various activities and excursions, amazing traditional Greek food, trendy and traditional bars scattered about, and a laid back approach to life, what else could you ask for? 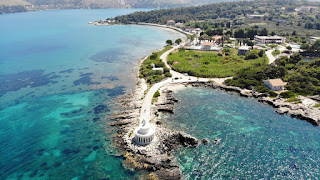 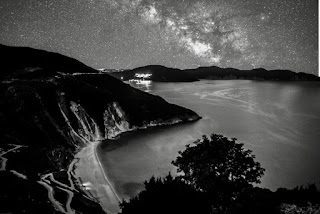 The beaches in Kefalonia are among the most photogenic in Greece. Some holiday makers have compared it to the Caribbean islands, only difference being Kefalonia is closer (3 1/2 hours flight) and cheaper! 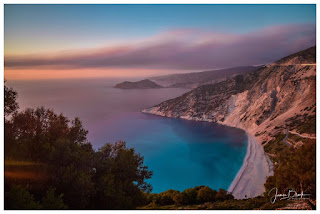 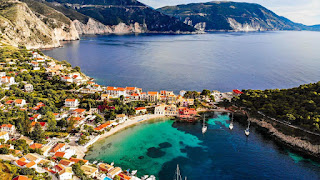 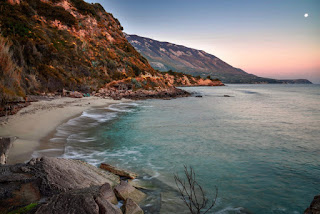 With a car you can go off and explore. Go off the beaten tracks, visit small villages or find one of the many deserted beaches. Hiking is also very popular in Kefalonia and wildlife is abundant. 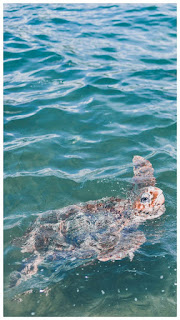 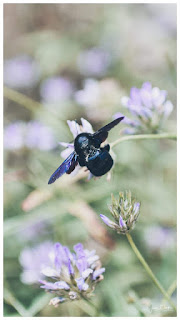 Of course you could do absolutely nothing! The choice is yours!

Whatever it is you are looking for you’ll find it in Kefalonia.

And that’s why people return to Kefalonia time and time again. There is a magnetic energy about the island that draws people back year after year, and many holiday makers have made the decision to stay!

It may be a quiet island compared to other Greek islands, but we promise you won’t get bored.
So if you haven’t booked that holiday yet... go on, do it...Escape to Kefalonia!