Fund raising for a Defibrillator in Argostoli

Peter Lee, with  his extensive background in paramedics and a first aid responder, continues his good work. Recently together with George Potamianos from Outdooor Kefalonia (also well known on the island for his charity work to raise money for the hospital and other good causes), they organised a charity Jeep Safari event which took place in aid of raising funds to purchase a defibrillator for Argostoli Sqaure, as well as  spare pads and batteries.

On Monday 13th August there was a great turn out at the Gentleman's Retreat in Mount Roudi (George's cabin that he built himself!), raising money to purchase medical equipment for the square, which will provide lifesaving first aid.

The campaign has been called 'Openyoureyes'.

Many local businesses, friends & family of George, and even holiday makers took part in the event.
Food was prepared by George's lovely wife, wine was donated, as well as lighting and music from the organisers of the famous Saristra Festival, making it a truly magical evening. 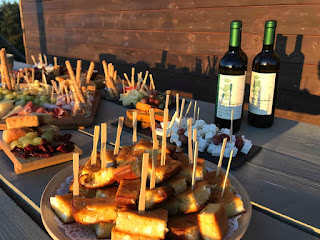 George and his crew picked up many of us from Argostoli and took us (the dodgy way!) to his amazing secret man cave hideout (but I think not for long!). Along the way we stopped several times to admire the spectacular views of Kefalonia, Ithaca and even mainland Greece. 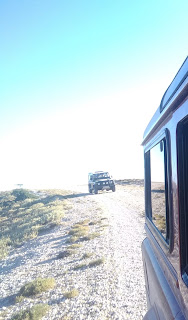 Once we arrived George shared his family history and told us how his man cave came to be.
With relaxing music in the background people chatted  and admired the views, taking photos of the sunset. 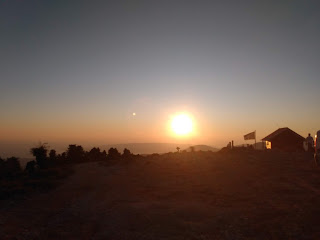 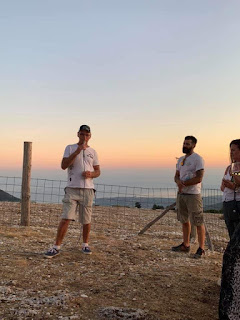 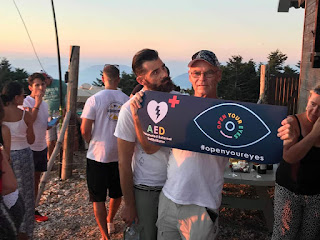 Peter Lee then took to the Mic and reminded everyone why we were there.

To finish off the most spectacular evening, a Greek gentleman very knowledgeable in astronomy gave a short talk about the Perseid Annual Meteor showers ,which arises when Earth passes through streams of debris left behind by comets and asteroids, known to produce about 60 visible meteors per hour depending on light pollution. Due to the full moon the night was bright...but I did see two shooting stars before it was time to come back down to earth and return to Argostoli!


The evening raised over 2000 euro's!
So the purchase can now go ahead and a decision as to where the defibrillator will be placed will be decided once a meeting with The Mayor takes place :-)
Great news indeed.

It was an honour to take part in the very worthy event.